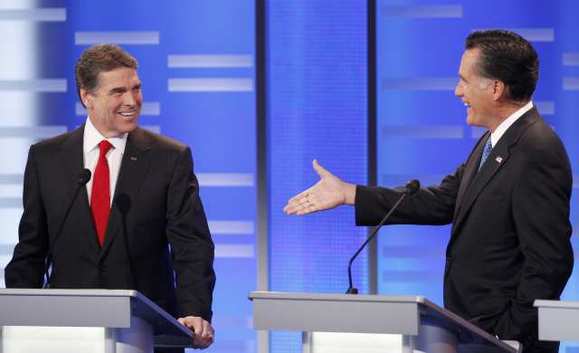 Less than three weeks before the Iowa caucuses, six Republican presidential candidates faced off last night in a high-stakes presidential debate dominated by the question of who’s the most consistent conservative.

The debate, sponsored by ABC News, Yahoo! News, WOI-TV, The Des Moines Register and the Iowa Republican Party at Drake University in Des Moines, comes 24 days before the first GOP voters will reveal their preference for presidential nominee on Jan. 3.

“Speaker Gingrich and I have a lot of places where we disagree,” Romney said. “We can start with his idea…to have a lunar colony that would mine minerals from the moon…He said that he would like to eliminate in some cases the child labor laws so that kids could clean schools… His plan in capital gains, to remove capital gains for people at the very highest level of income …”