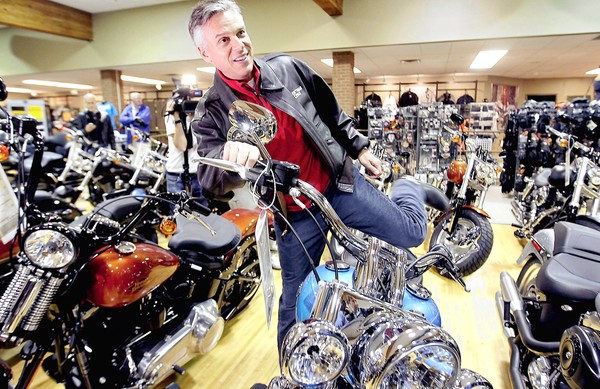 Republican presidential contenders aren’t just debating one another these days. They’re disputing their own decisions and disavowing past positions. Their pirouettes reflect a profound shift in theRepublican Party, a rightward turn that will be evident on a New Hampshire stage Monday when seven candidates meet in the first major debate of the 2012 campaign.

Primary contests typically draw presidential candidates closer to their party’s base. And since staunchly conservative voters may have the biggest say in choosing the GOP nominee, it’s hardly surprising that candidates have been moving rightward. But the extent of repositioning by some leading contenders has been unusually pronounced this time.

“When there’s a strong, establishment-backed front-runner, that candidate is usually in a better position to withstand the gravitational pull from the party base,” said Dan Schnur, director of the Jesse M. Unruh Institute of Politics at USC and a former Republican strategist. “Because this race is so unsettled, none of the leading candidates has much strength or stature to resist.”

The perceived influence ofÂ “tea party” voters, who helped produce big Republican victories in last year’s elections, has accentuated the swing to the right. So have the actions of the new Republican majority in theÂ House of Representatives and newly elected Republican governors. They are redefining conservatism, by proposing to turnÂ Medicare into a voucher program, calling for draconian cuts in government spending and abandoning cap-and-trade energy alliances once favored by free-market advocates.

Republican presidential candidates have been forced to fall in line, or else. Those who don’t, Schnur said, risk getting flak from “grass-roots activists saying, ‘Why can’t you be more likeÂ Chris Christie,Â Marco Rubio orÂ Paul Ryan?’ ”â€” a reference to noncandidates who have been begged to get into the race.

Case in point: the unraveling ofÂ Newt Gingrich‘s presidential campaign, which began after he criticized the Medicare plan proposed by Rep. Paul D. Ryan (R-Wis.) as “right-wing social engineering” â€” a reversal of Gingrich’s previous support for Ryan’s budget. A resulting conservative uproar had Gingrich scrambling to confess his mistake and apologize personally to Ryan, and sent him into a downward spiral.

So far, Republican strategists argue, the party’s major presidential contenders haven’t strayed too far from the mainstream. But some in the party establishment are worried. Mississippi Gov.Â Haley Barbour, a former Republican national chairman and, briefly, an undeclared 2012 candidate, has been warning about the dangers of ideological litmus tests. Barbour advised a recent gathering of Christian conservatives that “purity is the enemy of victory” in politics.

At the same time,Â President Obama, aggressively gearing up for reelection, has compiled his own record of policy reversals. PolitiFact.com, which tracks what it calls “full flops” by prominent political figures, catalogs nine instances in which Obama made 180-degree flips, including his demand that Congress lift the federal debt limit, which he voted against as a senator. His opposition to an individual healthcare mandate became a major point of contention withÂ Hillary Rodham Clinton in the 2008 primaries; once in office, he made it a central feature of his healthcare plan.

But Obama’s repositioning is essentially the opposite of his Republican opponents. Spared a primary challenge, the president started veering away from the left wing of his party after last November’s election, including on issues of national security and government spending. The Republicans are moving farther from the middle as they gravitate toward the heart of their activist base.

For Romney, the nominal Republican front-runner, the journey to the right was already a defining characteristic, feeding a broader narrative about opportunism that developed after he left Massachusetts for a 2008 presidential run. Primary opponents attacked him for abandoning liberal stances on gay rights, gun control and abortion â€” issues important to the social conservatives who made up 44% of the Republican primary electorate that year.

Now, it’s his healthcare record that’s causing problems. The former governor has refused to renounce the healthcare law he signed, which requires everyone in Massachusetts to obtain insurance or pay a penalty. Couched in terms of personal responsibility, the individual mandate was designed to fix the costly problem of caring for the uninsured. The idea had been supported by Republicans and promoted by conservative think tanks for years as an alternative to a government-run system. Some conservatives were always opposed, though, and once Obama’s mandate â€” modeled on the Romney plan â€” became the law of the land, one of Romney’s greatest assets turned into a serious liability.