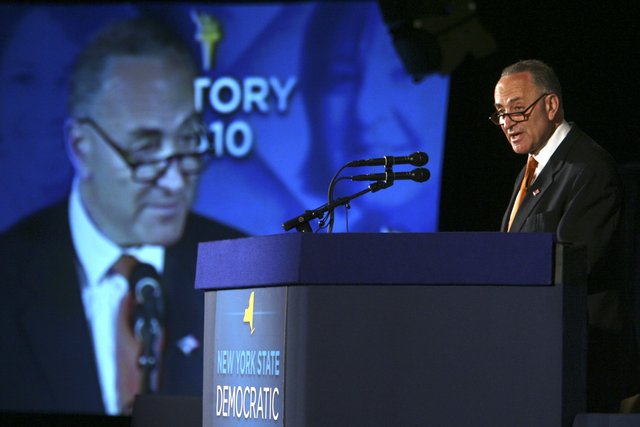 Senate Republicans on Tuesday blocked a Democratic bill that would have repealed about $2 billion in annual tax breaks for the five biggest oil companies, though Democrats say theyâ€™ll push for the measure during negotiations to increase the nationâ€™s debt limit.

Meanwhile, a GOP bill aimed at ramping up offshore oil production is scheduled for a vote Wednesday, though it too is expected to fail.

Democrats say itâ€™s wrong to subsidize big oil companies when they are making record profits while the price of gasoline has skyrocketed.

â€œTheyâ€™re doing just fine at almost every level of their business, and weâ€™re giving them a taxpayer subsidy at a time when we have record deficits,â€ said Sen. Charles E. Schumer, New York Democrat. â€œGive me a break.â€

But Republicans said the bill would unfairly punish oil companies and that it wouldnâ€™t help lower the price of gas at the pump.

Minority leader Sen. Mitch McConnell, Kentucky Republican, said the bill was nothing more than a Democratic smokescreen to disguise their lack of a plan to deal with rising gas prices.

â€œBlame this crisis on somebody else – and then see if they canâ€™t raise taxes while theyâ€™re at it,â€ Mr. McConnell said. â€œTheyâ€™ve been so shameless, in fact, that they havenâ€™t even pretended theyâ€™re doing anything to lower gas prices.â€