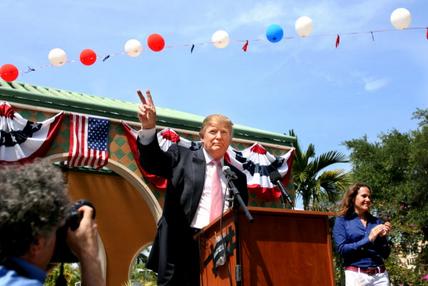 “There’s a lot of things Mr. Trump can be proud of, but some of his rhetoric and this focusing on the president’s birth I do not think is the way for us to win theÂ White House,” Graham said on “Fox News Sunday.”

VirginiaÂ Gov. Robert F. McDonnell said the birth certificate controversy was “a side issue” that Trump never should have raised, and called it “a waste of time.”

“The problem with President Obama is not where he was born, it’s some of the policies that he’s advocating,” McDonnell said onÂ NBC‘s “Meet the Press.”

Sen.Â Marco Rubio (R-Fla.), a newly electedÂ “tea party”favorite, implied on the same show that he did not take the birther issue seriously.

“I’m more concerned with issues that are happening back here on planet Earth,” Rubio said.

“If Republicans ever want to have a chance of getting the White House, they’ve got to get off issues like the birther issue,” Bloomberg said on “Meet the Press.” “We need to talk about the economy and the deficit and immigration and healthcare and lots of social problems here and not waste our time talking about frivolous things.”

The opposition by some Republicans to Trump’s use of the issue did not faze the developer, who insisted in an interview Sunday that he had moved on.