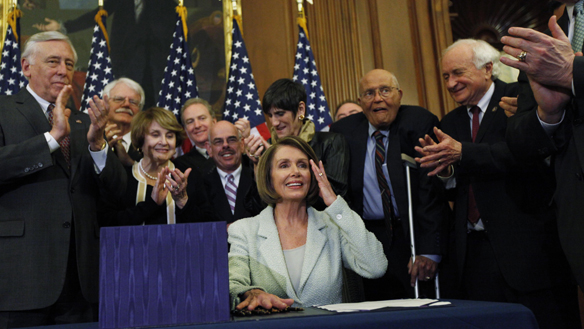 The new bill that redefines U.S. health-care coverage will be repealed if it becomes law, some prominent Republicans predicted Monday, a day before President Barack Obama is expected to make it so.

House Democratic leaders signed the bill Monday as a matter of procedure. Obama is expected to sign the bill into law in a special ceremony on Tuesday, White House spokesman Robert Gibbs said Monday afternoon.

Jubilant Democrats, however, have not heard the last of the debate, Senator John McCain of Arizona said Monday, adding that he was repulsed by “all this euphoria going on.”

McCain told ABC’s Good Morning America that outside the Washington, D.C., area, “the American people are very angry” and don’t like the bill.

“We’re going to repeal this,” he pledged.