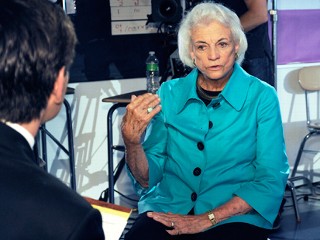 The first woman ever to sit on the nation’s highest court has gotten behind Supreme Court nomineeÂ Elena Kagan, but warned her of the “dreadful, unpleasant” nomination process.

But she stopped short of offering any words of wisdom toÂ President Obama’s nominee.

“She doesn’t need advice,” O’Connor said. “But just, she’ll have to go through the process of theÂ Senate Judiciary Committeehearings. And I don’t care who you are, it’s a difficult, unpleasant experience for the nominee. It’s just something you have to go through.”