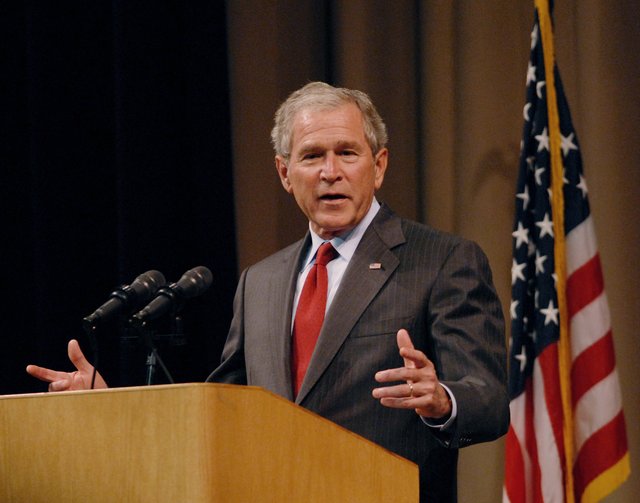 The rich did indeed get richer under President George W. Bush, but they also paid an ever-larger share of the federal tax burden, according to new numbers compiled by Congress’ chief scorekeeper.

By contrast, the bottom 40 percent on average not only pay no income tax, but they siphon money back from the federal government in the form of the Earned Income Tax Credit, a 35-year-old program designed to offset some of what low-income workers pay in Social Security taxes.

The numbers aren’t a surprise to those who study the country’s financial situation, but the trend raises deep social policy questions: Can a society where the top earners win a far disproportionate amount of the income be stable, and can a democracy survive when those on the lower end get benefits without ever having to pay into the system for them?

“A rule is, ‘You should have everybody who is receiving benefits have a stake in paying for those benefits,’ so you don’t get an unstable democracy, where people vote themselves benefits at somebody else’s expense,” said Douglas Holtz-Eakin, a former CBO director who is now president of the conservative-leaning American Action Forum.

Chuck Marr, director of federal tax policy for the Center on Budget and Policy Priorities, said it makes sense that high-income taxpayers are paying more because there was an “income inequality explosion” under Mr. Bush. He said that happened even though tax rates were cut across the board under Mr. Bush.

“Even while their tax rates are going down, they’re going to pay a larger share of taxes,” he said.

Politicians have increasingly turned to the tax code to deliver social policy, from encouraging children to promoting home buying and subsidizing charitable giving.