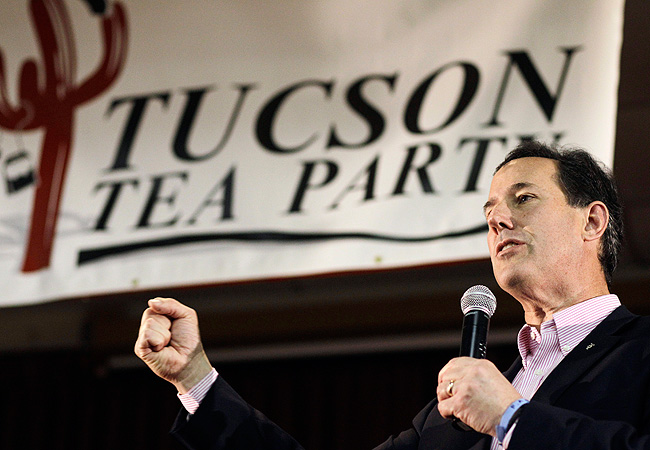 Over the past several weeks, Republicans have watched squeamishly as presidential contender Rick Santorum has waded into multiple controversies that risk alienating half the 2012 electorate: women.

But in fact, Santorum has grown more popular among women while talking about his opposition to abortion, his disapproval of birth control and his view that the federal government shouldnâ€™t pay for prenatal screenings. A new Washington Post-ABC News poll shows not only that Santorum is doing better among GOP women than he was a few weeks ago, but also that he is less unpopular â€” and also less well known â€” among Democratic and independent women than his Republican rivals Mitt Romney and Newt Gingrich.

Voters and political strategists alike say Santorumâ€™s rise has less to do with his views on these issues than on his ability to relate to the daily struggles of the middle class.

Nonetheless, the former senator from Pennsylvania and the other Republican candidates remain largely untested by the dynamics of a general election in which independent and Democratic women are expected to play a deciding role.

All of the campaigns â€” and the White House â€” are paying close attention to this major voting bloc, exploring how women feel about hot-button social issues and economic matters. Santorumâ€™s views on health issues do not appear to have hurt in the primary. Yet he and the other Republican candidates are acutely aware of the danger those issues could present this fall.

â€œIâ€™m still on the fence, but itâ€™s not looking good for the Republicans,â€ said Bonnie Diehl, 45, an independent voter from Rochester, N.Y., who owns a house-cleaning business. â€œTheyâ€™re laughingstocks. Iâ€™m trying to pay a mortgage, and Iâ€™m a cleaning lady, so of course I took a hit because thatâ€™s the first thing people are going to let go. And theyâ€™re trying to fly their conservative, back-in-the-â€™50s flag. I mean, letâ€™s face it: Nobody leads the â€˜Leave it to Beaverâ€™ life. Itâ€™s over.â€

The Post-ABC poll, conducted on the heels of a week of scrutiny of Santorumâ€™s conservative views on a variety of womenâ€™s health issues, shows that his popularity among GOP women has moved up 13 points since January, with the biggest bump in the past week, so that 57Â percent hold a favorable view. Santorum is now within reach of Romney on that score: Sixty-one percent of Republican women view Romney favorably. Romney has higher negative ratings among GOP women than Santorum does â€” 28 percent to 18 percent â€” and those negative ratings of Romney have grown over time.

Romney may have an edge with Republican women in some of the upcoming contests: A new NBC News/Marist poll shows that he leads Santorum among women and men in Arizona, and that among GOP women, he holds 46Â percent while Santorum has 23 percent.

But there is no evidence that Santorumâ€™s position among women in either party has dropped in recent weeks. That is a surprise to some Republicans, who have watched uncomfortably as he has engaged in high-profile discussions about abortion, contraception and prenatal screening.