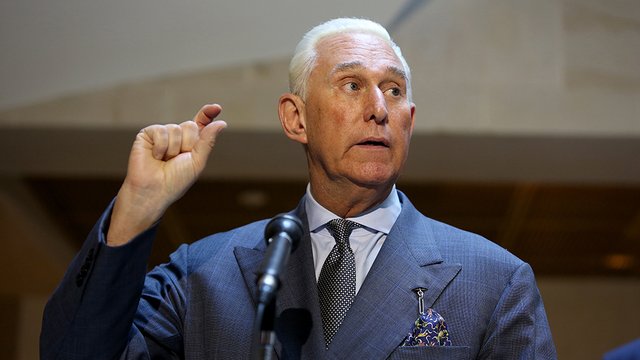 Transcripts from “The Godfather: Part II?” Not banned.

Those are just some of the unusual ground rules set out by Obama-appointed U.S. District Court Judge Amy Berman Jackson for the widely anticipated trial of former Trump confidant Roger Stone, which begins on Tuesday in Washington.

Stone, a longtime Republican provocateur and part-time fashion critic, is accused of witness tampering and lying to the House Intelligence Committee about his efforts to obtain Russian-hacked Hillary Clinton emails for political gain.

But, ever since his arrest in a dramatic nighttime raid by a heavily armed federal tactical team in January, Stone has remained combative and defiant, even flashing the infamous Richard Nixon “V sign” before a throng of photographers. Then, a month later, Stone aroused Jackson’s ire when Stone’s Instagram hosted a photo appearing to show Jackson with gun crosshairs behind her.