Romney gets a wake-up call from Republican voters 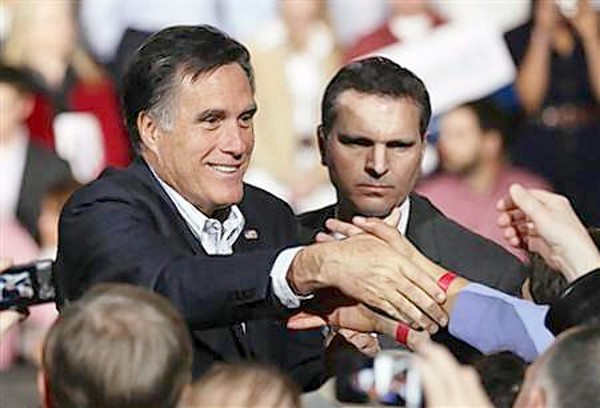 Steve Holland
ATLANTA (Reuters) – Mitt Romney acknowledged on Wednesday that his path to the Republican presidential nomination is not going to be easy after three shock losses to newly ascendant rival Rick Santorum.A day after Santorum beat him in Colorado, Minnesota and Missouri, Romney attempted to play down the results, saying his campaign did not devote a lot of time and money to the three state nominating contests and chose to compete strongly elsewhere.

Romney insisted at an airport news conference he believes he is still in a strong position to win the Republican nomination to face President Barack Obama in the November 6 election, but acknowledged that the path to victory is hard and that it is likely Santorum will win again.

“We think we can beat Senator Santorum where we compete head to head in an aggressive way. We obviously didn’t do that in Colorado or Minnesota to the extent that the other campaign did. But sure there will be places where he wins, and places where I win.”

“But there are no such things as coronation in presidential politics. It’s meant to be a long process. It’s not easy to get the nomination. It’s not easy to be elected president, and this is a testing approach and so far we’re doing pretty well,” he said.