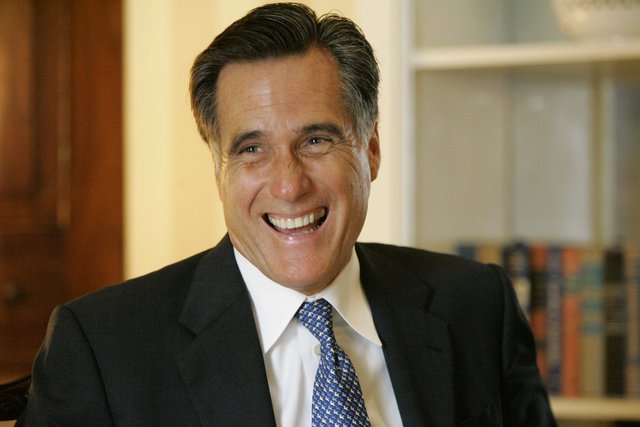 As expected,Â Mitt Romney is steamrolling all otherÂ GOP presidential hopefuls in the dash for cash, according to second-quarter fundraising reports trickling in. But the entire Republican field is pulling in less than it did in 2008, and the eventual nominee will almost certainly be left in the dust financially by PresidentÂ Obama, whose campaign is shooting to raise $1 billion or more.

Mr. Romneyâ€™s campaign is expected to report a second-quarter haul of between $15 million and $20 million, whileÂ Mr. Obamaâ€™s re-election effort has a target of $60 million. Final second-quarter reports, covering April 1 to June 30, must be filed with theÂ Federal Election Commission by July 15.

Even ifÂ Mr. Romney, the former Massachusetts governor, who spent Monday marching in severalÂ Fourth of July parades in New Hampshire, reports only $15 million, that will still be more than three times as much as his nearest competitors. Former UtahÂ Gov. Jon Huntsman Jr. â€” who also took part in a New HampshireÂ Fourth of July parade on Monday â€” raked in about $4.1 million, and former MinnesotaÂ Gov. Tim Pawlentyamassed about $4.2 million, according to the Associated Press.

But the biggest surprise may be TexasÂ Rep. Ron Paul, a tea party favorite who surprised political analysts in 2008 with strong primary showings and even stronger fundraising tallies. In the second quarter,Mr. Paul pulled in nearly $4.5 million, according to a campaign press release.

Mr. Paul attributed his financial prowess to the fact that Republican voters now realize that much of what he preached in 2008 â€” such as the need to dramatically reduce government spending or risk a debt crisis â€” has turned out to be right.

â€œIâ€™m the only candidate who can say that I predicted our countryâ€™s current economic troubles,â€ he said in a written statement to supporters.Â Mr. Paul will return to Iowa on Wednesday to resume campaigning. Fox News reported that he spent theÂ Fourth of July at a family barbecue.

Meanwhile, businessman and radio talk-show hostÂ Herman Cain raised about $2.5 million, according to his campaign. He told Fox Newsâ€™Â Neil Cavuto last week that he had to â€œprime the pumpâ€ from his personal bank account, though he wouldnâ€™t reveal exactly how much of his own money he dumped into campaign coffers.

â€œIâ€™m not rich,â€ he said during his Fox News appearance. â€œI wonâ€™t have more money than any of the candidates â€¦ but we are building this campaign team like I would a business. And that is, we are building it so far with no debt.â€

Mr. Cain, who spoke Monday at a tea party event in Philadelphia before heading to New Hampshire to throw out the first pitch at a minor league baseball game, wasnâ€™t the only candidate to dig into his own pockets to pad fundraising numbers.Â Mr. Huntsman also used personal funds to bulk up his campaignâ€™s war chest, the AP reported, though it is not clear exactly how much.

The campaigns of former House SpeakerÂ Newt Gingrich,Â Rep. Michele Bachmann of Minnesota and formerÂ Sen. Rick Santorum of Pennsylvania had not released second-quarter numbers as of Monday afternoon.

All three spent Independence Day in Iowa. In addition to taking part in a parade,Â Mrs. Bachmannspoke an at evangelical Christian church in Waukee on Sunday, the Des Moines Register reported. In her speech,Â Mrs. Bachmann largely avoided politics and focused on faith.

â€œIf we humble ourselves, and pray and confess our sins â€¦ [God] will heal our land. And we will have a new day,â€ she said, according to the Register.