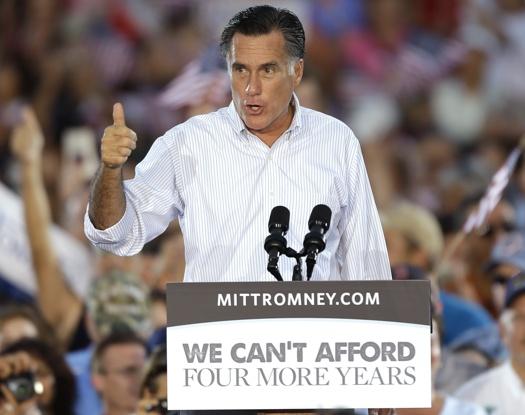 Thereâ€™s no debate about it â€” Mittâ€™s bouncing high.

After what many saw as a landslide victory during the first presidential debate last Wednesday, Mitt Romney led President Obama by two percent in a national poll released today, winning support from 49 percent of voters nationwide, compared to Obamaâ€™s 47 percent.

]Going into the debate, Obama led by two points, according to Rasmussenâ€™s daily presidential tracking poll.

About two-thirds of the polling was conducted after Wednesday nightâ€™s debate in Denver. About two percent of voters said they were undecided and another two percent said they preferred someone else, according to the pollster.

The boost marks the first time since mid-September that the former Massachusetts Governor has pulled ahead of Obama in the neck-and-neck race.