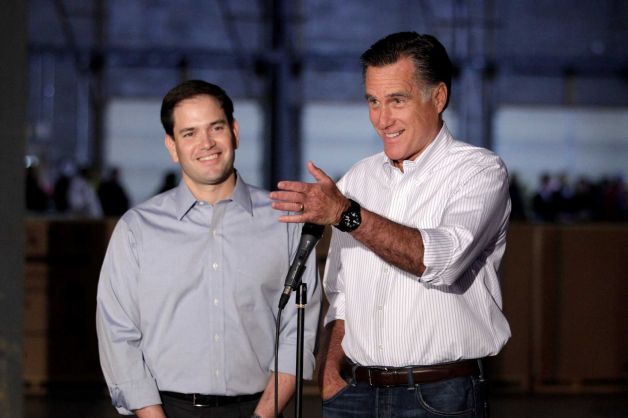 ASTON, Pa. â€”Â Mitt RomneyÂ is expected to win all five Republican presidential primaries Tuesday, but Pennsylvania and Connecticut will be watched closely for signs that he could be headed for trouble in those states inÂ November.

A weaker-than-expected showing in Pennsylvania againstÂ Rick Santorum, who represented the state in theÂ U.S. SenateÂ from 1995 to 2007, would raise fresh questions about Romney’s appeal in a general-election swing state. Pennsylvania polls show the presumptive GOP nominee within striking distance of PresidentÂ Barack Obama.

“What we’re all looking for is, ‘Will there be a sympathy vote for Santorum? A revenge vote?'” askedÂ Terry Madonna, the director of theÂ Center for PoliticsÂ and Public Affairs at Franklin & Marshall College in Lancaster, Pa. “Romney doesn’t want a four-point victory. The headline can’t be about residual support for Santorum, or that Romney still has trouble with the conservative base in a state likeÂ this.”

Romney has spent several days in Pennsylvania, and he campaigned Monday in Aston, a Philadelphia suburb, with Sen.Â Marco Rubio, R-Fla. Romney wouldn’t say whether Rubio is on his list of potential runningÂ mates.

Connecticut also will offer some clues about Romney’s November prospects there. The state shares a long border with Massachusetts, where Romney was the governor from 2003 to 2007, and it has a history of embracing GOP moderates. Romney should win it big, but a very low turnout â€” and lack of enthusiasm â€” could signal moreÂ trouble.

Those states, as well as New York, Delaware and Rhode Island, are expected to help Romney move closer Tuesday to the 1,144Â Republican National ConventionÂ delegates he needs to clinch the nomination. He has 697 delegates, according toÂ The Associated PressÂ tally, with 231 at stakeÂ Tuesday.

Romney’s reputation as a center-right pragmatist â€” an image he was trying to shake through the competitive primary season to court the party’s conservative base â€” plays well in Tuesday’s states. That’s why Pennsylvania and Connecticut could be important to his NovemberÂ hopes.