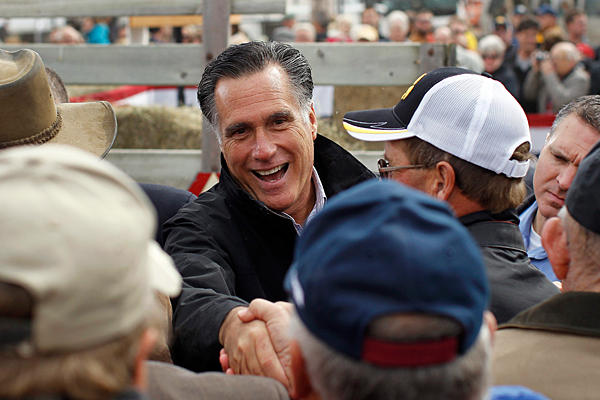 From Ohio to Florida and beyond, the presidential race is tightening up as polls show voters giving Mitt Romney a second look after last week’s debate performance.

The latest swing state poll, out of New Hampshire, showed Romney closing a 15-point deficit and pulling within 6 points of President Obama. The WMUR Granite State Poll still showed Obama in the lead, but it marked a significant gain for Romney over the course of just one week.

A rapid-fire succession of state and national polls showed a similar trend.

The RealClearPolitics average of polling now shows Romney leading by less than 1 percentage point in Florida, and Obama leading by the same airtight margin in Ohio. Obama was well ahead in those states just days ago.

Further, Romney’s post-debate surge appears to have all but wiped out Obama’s once double-digit lead among women voters.

A Pew Research Center survey released Monday depicted a remarkable swing in the numbers, with Romney pulling even among women in polling late last week. In September, the same polling outfit showed Obama leading by 18 points among women.

Among all likely voters surveyed, Romney climbed from an 8-point deficit last month to a 4-point lead.

The Pew poll showed a similarly big victory for Romney in the debate, and it appeared to translate into gains among several groups of voters. The Oct. 4-7 survey of 1,112 likely voters showed Romney leading 49-45 percent overall.

Among all registered voters surveyed, the two candidates also were tied.

With Romney making gains both nationally and in the swing states, he and President Obama visited the battleground of Ohio Tuesday to press their case.