Romney: Obama’s Attacks Are “Beneath The Dignity Of His Office” 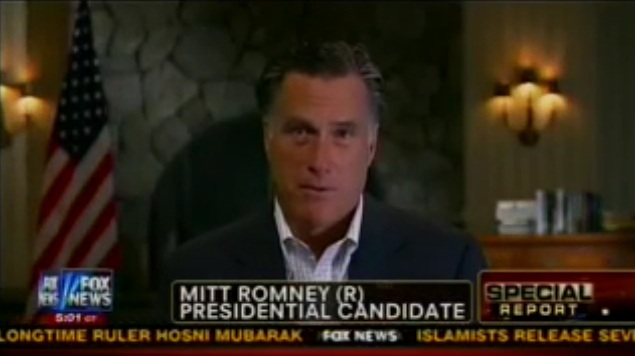 “It’s ridiculous and of course beneath the dignity of the presidency and of his campaign. He really needs to rein in his team and to finally take responsibility for what they’re saying. This is really absurd,” Mitt Romney said about the Obama campaign accusing him of committing a felony and refusing to apologize.

“I think this is showing a pattern. You just had bad news on the economic front with now 41 straight months with unemployment above 8%. And what does the president do? He says he is going to raise taxes on people, he’s trying to gut welfare reform as we know it, and he launches attacks of this nature. It’s beneath the dignity of his office,” Romney said in an interview with FOX News that aired on Friday’s broadcast of “Special Report.”

“He called me when I came close to cinching the Republican nomination, congratulated me and said we’re going to have an important debate, a meaningful debate about the future of the country. I’m waiting for that to start. All we’ve seen so far from his campaign is one attack after another. No effort to really talk about the real issues that people care about,” Romney said.