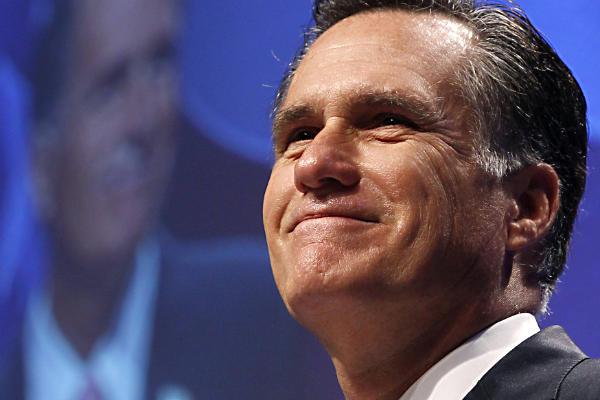 â€œNow, Iâ€™m not one who questions the existence of the presidentâ€™s birth certificate,â€ Pawlenty, of Minnesota, said at the Conservative Political Action Conference. â€œBut when you listen to his policies, donâ€™t you at least wonder what planet heâ€™s from?â€

Romney, of Massachusetts, wondered how Obama â€œwent from change you can believe in, to can you believe this change?â€

Pawlentyâ€™s critique of Obama included a call for repeal of the health-care overhaul that the president pushed into law last year. Romney, who during his 2003-2007 gubernatorial term spearheaded enactment of a state law comparable to the national one, didnâ€™t mention that issue.

Unlike many of the other roughly dozen prospective presidential contenders addressing the conference — attended by more than 10,000 people — Pawlenty, 50, and Romney, 63, are actively competing for donors and building staff in the states featuring early nominating races next year.

In their conference appearances, the two former governors were seeking to win over skeptical Tea Party activists whose energy was key to Republican gains in Novemberâ€™s midterm elections. Many of these activists prefer party insurgents such as Sarah Palin, the 2008 Republican vice presidential nominee who didnâ€™t attend the conference, and Representative Ron Paul of Texas, who also spoke at the gathering today.

â€œRomney has a base here, but itâ€™s a thin base,â€ said David Keene, former president of the American Conservative Union, which organizes the conference. â€œHeâ€™s trying to augment that.â€

Keene also judged that Pawlenty was making some inroads. â€œIf there were a most-improved candidate, it would be Pawlenty,â€ he said.