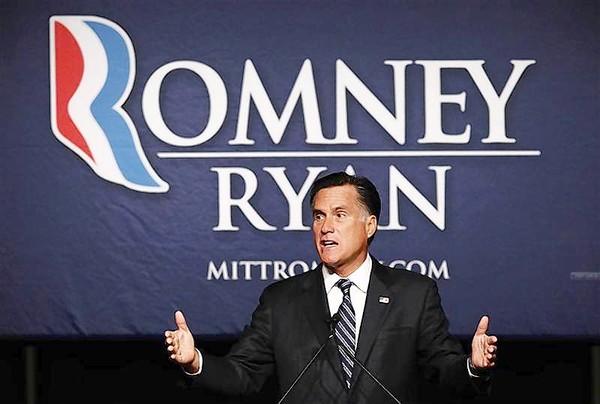 WASHINGTON (Reuters) – A third Republican U.S. Senate candidate on Wednesday rejected Mitt Romney’s characterization of nearly half the country as slackers, but other party lawmakers voiced support for their struggling presidential nominee.

Republican members of Congress said Romney was making a valid point, though not artfully stated, when he said that 47 percent of Americans pay no federal income tax and feel entitled to federal assistance.They predicted that the remark, which has triggered a political firestorm, would quickly fade without hurting Romney or their own chances for re-election.

But President Barack Obama’s Democrats are pushing to make it an issue in the presidential and congressional campaigns, even quickly coming up with new ads.

Senate Democratic Leader Harry Reid ridiculed Republicans, telling reporters: “We have a long line of people who are running from Romney.”

Reid cited three Republicans in close Senate races who have rebuked Romney’s comments – Senators Scott Brown of Massachusetts, Dean Heller of Nevada and Linda McMahon, who is running for the Senate in Connecticut.

Brown and McMahon rejected Romney’s comments on Tuesday, shortly after the release of a video showing Romney speaking at a private fundraiser earlier this year.

At the event, Romney essentially wrote off as Obama backers 47 percent of Americans who “pay no income tax” and see themselves as “victims” who are “entitled to healthcare, to food, to housing, to you name it.”

In a brief interview on Wednesday, Heller, whose father was an auto mechanic and mother was a school cook, said, “I disagree with his statement.”

Heller said plenty of blue-collar families, like his own, worked hard to pay their bills and make it on their own.

“We should be talking about creating jobs – not about 47 percent who aren’t paying taxes and may be on some sort of assistance,” Heller said.

Romney’s comments have drawn fire from a number of leading conservatives who describe his campaign as sputtering, allowing Obama to build a lead in the polls.