Romney to Reid on tax accusations: ‘Put up or shut up’ 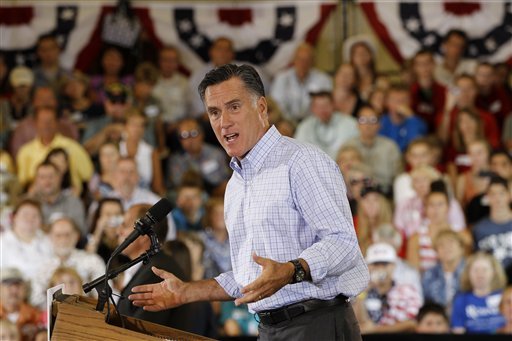 Mitt Romney on Thursday directly addressed Senate Majority Leader Harry Reidâ€™s insinuation that the former Massachusetts governor didnâ€™t pay any taxes for 10 years, telling the Nevada Democrat to put his money where his mouth is.

Mr. Reid recently told the Huffington Post that an investor in Bain Capital, Mr. Romneyâ€™s former firm, told him Mr. Romney did not pay taxes for 10 years. Mr. Reid acknowledged at the time he did not know who the man was and could not verify the claim himself.

â€œWell, itâ€™s time for Harry to put up or shut up,â€ Mr. Romney told Sean Hannity on the talk-radio hostâ€™s show. â€œHarryâ€™s going to have to describe who it is he spoke with, because of course thatâ€™s totally and completely wrong. Itâ€™s untrue, dishonest and inaccurate. Itâ€™s wrong. So Iâ€™m looking forward to have Harry reveal his sources, and weâ€™ll probably find out itâ€™s the White House.â€

Mr. Romneyâ€™s senior campaign adviser, Eric Fehrnstrom, implicitly accused Mr. Reid of engaging in McCarthyism by insinuating something without proof and demanding that the accused disprove it.

â€œHarry Reidâ€™s charges are baseless, and theyâ€™re untrue, and I would ask him one simple question: Have you no sense of decency, sir?â€ Mr. Fehrnstrom said on Fox News. â€œIs there nothing you wonâ€™t do to debase yourself and the office you hold in the name of dirty politics?â€

The remark mirrors Army counsel Joseph Welchâ€™s famous line to Sen. Joseph McCarthy during the 1950s investigations into communist activities in the U.S.

For good measure, Mr. Fehrnstrom added later in the segment: â€œThis reminds me of the McCarthy hearings back in the 1950s.â€

Democrats have been trying to goad Mr. Romney, who has released his 2010 tax return and an estimate for 2011, into providing more information about his finances. Mr. Reid has said the charge of nonpayment of taxes is serious enough that Mr. Romney should release his returns just to dispel the rumors.

Still, Mr. Romney says he has no plans to do so.