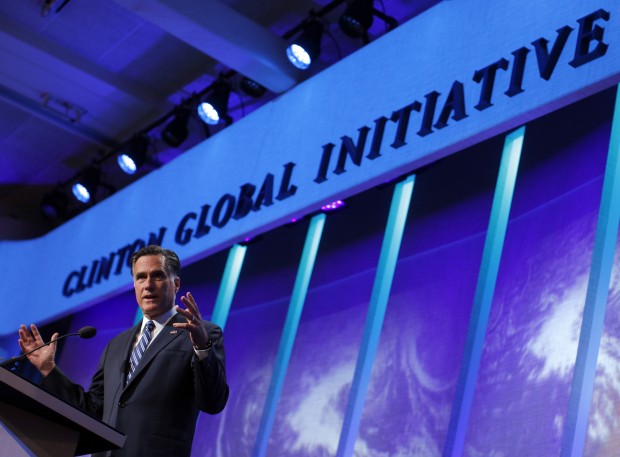 By Jonathan EasleyÂ – The Hill

Mitt Romney unveiled his plan for a public-private partnership on foreign aid aimed at fostering free enterprise in developing countries during an address Tuesday at the Clinton Global Initiative.

Former President Bill Clinton, who has emerged as a key figure in President Obamaâ€™s reelection efforts, introduced Romney. Clinton has been a prominent figure on the campaign trail supporting Obama and has appeared in attack ads against Romney.

The pair received a standing ovation as they walked out onstage together. Romney joked about Clintonâ€™s well-received speech at the Democratic National Convention earlier this month, in which the former president offered a stinging critique of the GOP presidential nominee, and how Obama benefited from it.

â€œI appreciate your kind words and that introduction is very touching,â€ Romney said. â€œIf thereâ€™s one thing weâ€™ve learned from this election, itâ€™s that a few words from Bill Clinton can do a lot of good.