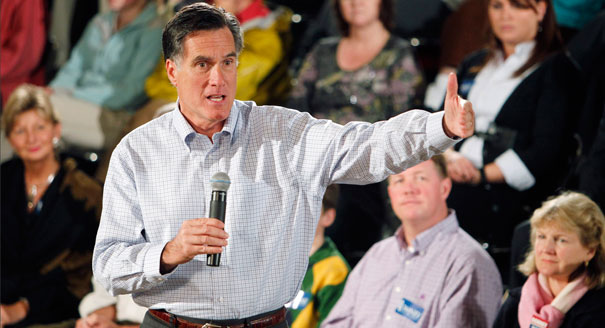 (CNN)Â — Republican presidential hopeful Mitt Romney has scored the endorsement of Bob Dole, who lauded the former Massachusetts governor in an ad Sunday in Iowa’s The Des Moines Register newspaper.

The public endorsement comes one day after the Register — Iowa’s largest newspaper — backed Romney in his bid for the Republican presidential nomination and just over two weeks before Iowa’s critical presidential caucuses on January 3.

In his advertisement, Dole said Romney is the GOP candidate is best suited to defeat President Barack Obama in 2012.

“I’ve known Mitt and his family for decades. His parents instilled in him a strong work ethic, rock-solid conservative values, and a deep sense of service to others,” the former Kansas senator and 1996 GOP presidential nominee wrote. “These traits — which have shone through in both the debates and in my own visits with him — will serve him well in the White House.”

Dole also said Romney “rescued a flailing Winter Olympics when it was mired in financial scandal.” And as governor of Massachusetts, Dole wrote, Romney “managed to both balance the state’s budget and cut taxes while dealing with an overwhelmingly Democratic state legislature.”

The Register’s editorial board said Romney was the most qualified candidate competing in the caucuses.

While the paper didn’t endorse Romney during his last run for president in 2007, the editorial board said voters now face a different GOP field and Romney “has matured as a candidate.”

“Rebuilding the economy is the nation’s top priority, and Romney makes the best case among the Republicans that he could do that,” the editorial board wrote.

The board hailed Romney for his “solid credentials,” saying he was the most likely candidate to see through “knee-jerk, ideological” perspectives and “bridge the political divide in Washington.”

Taking issue with the two other top-tier candidates, the paper claimed Romney stood out against former House Speaker Newt Gingrich, whom the board called “an undisciplined partisan who would alienate, not unite, if he reverts to mean-spirited attacks on display as House speaker.”

It also criticized Texas Rep. Ron Paul as someone with a libertarian ideology that would “lead to economic chaos and isolationism.”

Also significant, the board somewhat defended Romney against a line of attack taken by opponents who criticize him as a “flip-flopper.”

“Though Romney has tended to adapt some positions to different times and places, he is hardly unique. It should be possible for a politician to say, ‘I was wrong, and I have changed my mind’,” the paper wrote.