Ron Paulâ€™s message to the GOP 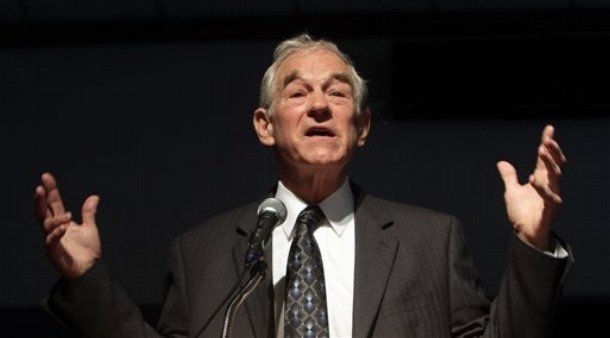 Ron Paul sent a message to the GOP establishment Monday that heâ€™s not looking to cause mayhem at this summerâ€™s Republican National Convention.

By announcing that he wonâ€™t compete in the remaining primaries, Paul tacitly assured the party that he didnâ€™t intend to disrupt the likely Tampa coronation of Mitt Romney. And he also telegraphed to even the hardest core of his hope-trumping-evidence supporters that he might not, after all, be the 2012 nominee.

In an afternoon press release that read like a concession speech, the Texas congressman said that heâ€™ll continue trying to rack up delegates with the goal of making a splash this August in Tampa. But those close to the 76-year-old say heâ€™s become worried about a series of chaotic state GOP conventions in recent weeks that threaten to undermine the long-term viability of the movement heâ€™s spent decades building.

â€œWe will continue to take leadership positions, win delegates, and carry a strong message to the Republican National Convention that Liberty is the way of the future,â€ Paul wrote. â€œMoving forward, however, we will no longer spend resources campaigning in primaries in states that have not yet voted. Doing so with any hope of success would take many tens of millions of dollars we simply do not have.â€

In the past few days alone, several incidents cast the campaign in an unfavorable light: Mitt Romneyâ€™s son Josh was booed off the stage by Paul backers inÂ ArizonaÂ Saturday, and Romney surrogates Tim Pawlenty and Gov. Mary Fallin received similarly rude treatment in Oklahoma. They were the latest in a string of recent disruptions from Maine to Alaska that threatened to tarnish Paulâ€™s legacy and marginalize the ideas he believes will one day dominate the Republican Party.

â€œIt concerns him,â€ campaign chairman Jesse Benton told POLITICO. â€œHe wants to convey to everybody and our staff want to convey that weâ€™ll lose more than we gain if we go and weâ€™re disrespectful. Respect and decorum are very important to Dr. Paul.â€

â€œYou need to give respect to get respect,â€ he added. â€œWe are confident that there will be mutual respect at the convention. We want to make sure that we take every step we can to make sure that happens.â€

Paul will retire from the House at the end of this year, and his son, Kentucky Sen. Rand Paul, is widely expected to run for president in 2016 as a Republican. Against that backdrop, the Paul high command worries about Pyrrhic victories: hostile takeovers at state conventions that win hordes of delegates but generate a backlash that could hurt the younger Paul in four years and prevent up-and-coming libertarians from obtaining positions of leadership in local parties.

â€œThis campaign fought hard and won electoral success that the talking heads and pundits never thought possible. But, this campaign is also about more than just the 2012 election,â€ Paul said in his statement. â€œIt has been part of a quest I began 40 years ago and that so many have joined. It is about the campaign for Liberty, which has taken a tremendous leap forward in this election and will continue to grow stronger in the future until we finally win.â€