Rush Limbaugh: Heterosexuals are ‘under assault’ 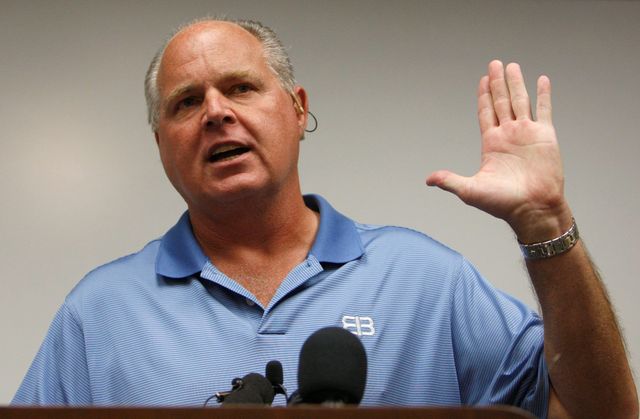 Conservative radio icon Rush Limbaugh threw his two cents into the talks about NFL hopeful Michael Sam’s announcement of being gay in classic, blunt fashion: He blasted the political agenda that he says is putting heterosexuality in the crosshairs of U.S. culture.

Basically, Mr. Limbaugh said Mr. Sam’s self-outing on ESPN only proves that homosexuality has become an activist cause that’s not only short on facts — in that a biased and special interest media misrepresents its true population count — but also one that puts heterosexuals “under assault,” Politico reported.

Mr. Limbaugh also said the media had seized on Mr. Sam’s admission of homosexuality as a “Rosa Parks” moment.