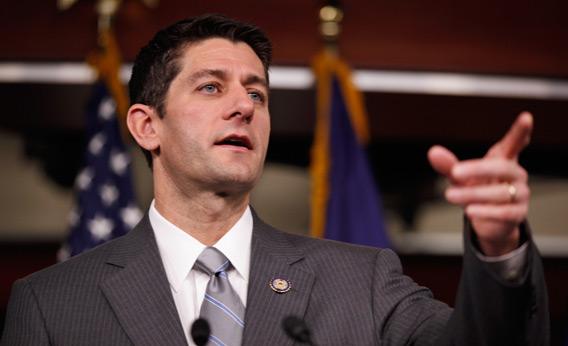 The plan would make profound changes to government, bringing spending down from 22.2 percent of the economy to 19.1 percent by 2023. It doubles down on many of the proposals Ryan advanced as his partyâ€™s vice presidential candidate in 2012.

People age 54 and younger would see changes starting when they retire in 2024. Ryan had floated applying the changes to those 55 and younger but faced resistance from his caucus.

The Ryan budget once again would make no changes to Social Security but would require the president and Congress to come up with plans to ensure the retirement system remains solvent. Last yearâ€™s budget only made that requirement of the president.

In forceful prose, Ryanâ€™s budget calls for Washington to act quickly to address what he describes as a looming national bankruptcy.