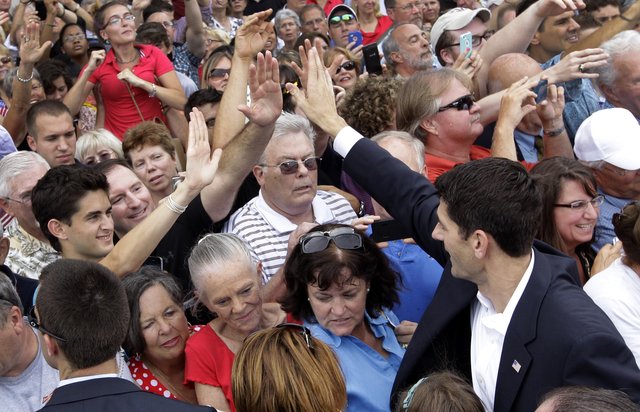 But he also voted for some of the major parts of the Bush administration that have drawn fire, including the No Child Left Behind education bill, and the 2003 Medicare prescription drug law that added a new entitlement to the governmentâ€™s books without finding a way to pay for it.

He also voted for the Wall Street bailout in 2008, which has become a a flashpoint for both ends of the political spectrum.

Mr. Ryan voted for the Patriot Act and later voted to preserve federal authoritiesâ€™ ability under that law to seek library records in their investigations â€” a major test point for the legislation.

But heâ€™s also had some more pointed dissents, including being one of relatively few House Republicans to vote for a bill that would have outlawed workplace discrimination based on sexual orientation, the Employment Nondiscrimination Act.

And he has voted to halt some of the strict U.S. sanctions against Cuba, siding with many Democrats and the likes of Rep. Jeff Flake, an Arizona Republican who represents the GOPâ€™s libertarian wing.