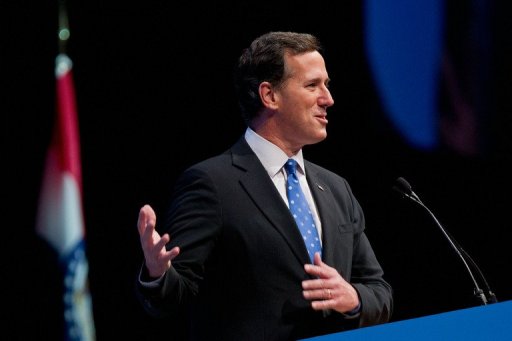 Santorum said in an unusual late-night statement that the two have differences, but that he came away from a meeting with the ex-Massachusetts governor impressed with Romney’s “deep understanding” of economic and family issues central to the campaign.

“Above all else, we both agree that President (Barack) Obama must be defeated. The task will not be easy. It will require all hands on deck if our nominee is to be victorious,” Santorum said.

“Governor Romney will be that nominee and he has my endorsement and support to win this the most critical election of our lifetime,” he said in the statement, which was emailed to supporters.

The socially conservative former Pennsylvania senator, who won 11 state contests and was the favorite of Republican voters in a Reuters/Ipsos poll for the No. 2 spot on the ticket, is best known for his strong opposition toÂ abortionÂ and gay rights.

He clashed sharply with Romney in several televised debates, but his support may now help Romney win over religious conservatives before the November 6 election.

Santorum had been reluctant to give an endorsement, but he said that changed after a “clear-the-air” meeting with Romney inPittsburghÂ on Friday. The question of endorsement did not come up, but Santorum said the conversation was candid and focused on issues.

“During our meeting I felt a deep responsibility to assess Governor Romney’s commitment to addressing the issues most important to conservatives, as well his commitment to ensuring our appropriate representation in a Romney administration,” he said.