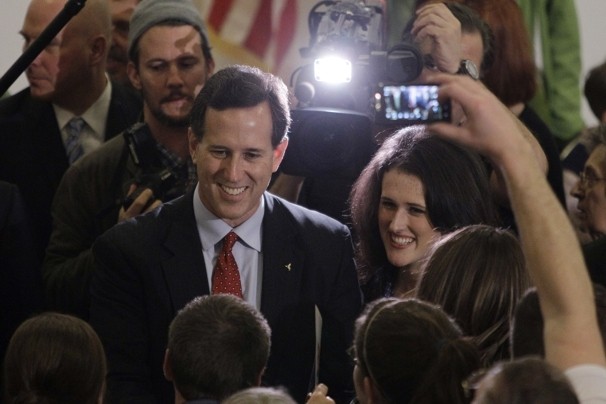 SantorumÂ said Thursday that the island would also have to make sure English is spoken â€œuniversally.â€

The Republican presidential candidate told a Puerto Rican newspaper in an interview this week that English would have to be the â€œmain languageâ€ ifÂ Puerto RicoÂ were to become a state.

SantorumÂ was in the capital of San Juan to campaign for the islandâ€™sGOPÂ presidential primary Sunday.

Puerto RicoÂ is set to hold a referendum on statehood in November. Whether to become the 51st state is the critical issue for this U.S. territory, which does not have full voting rights in Congress.