Santorum: Willing to â€˜throw the bombs that are needing to be thrownâ€™ 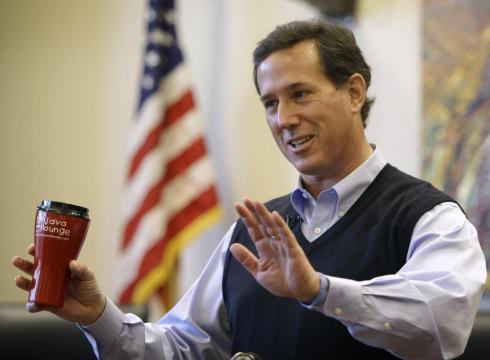 MUSCATINE, Iowa â€” Fighting back against the charge that heâ€™s too conservative to be the Republican presidential nominee, former Sen. Rick Santorum said Thursday that heâ€™s just throwing the bombs others havenâ€™t been willing to throw.

Mr. Santorum, the only candidate competing in Iowaâ€™s caucuses who has never led in the polls, is suddenly surging here, according to the latest surveys and the crowds turning out in ever bigger numbers to hear him speak.

He has one message for them: to ignore the pundits and polls, test the candidates and decide for themselves what they want to see in a nominee.

Thereâ€™s no doubt Mr. Santorum is getting a better look from voters. What pundits want to know is whether thereâ€™s enough time before Tuesdayâ€™s caucuses here for him to capitalize on that, and what voters ask him repeatedly at stop after stop is whether he can sustain this surge better than previous claimants to the conservative mantle such as Rep. Michele Bachmann of Minnesota and Texas Gov. Rick Perry, who both stumbled along the way.