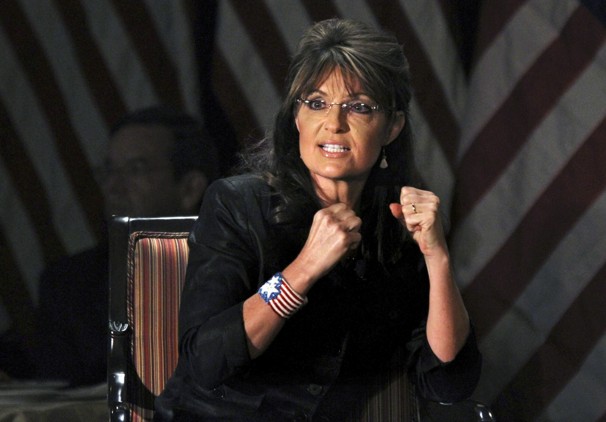 Former Alaska governorÂ Sarah Palin (R), who has been largely out of the public eye through much of the spring, will reemerge Sunday as she begins a national bus tour that will put her back in the spotlight and no doubt renew speculation about a possible presidential bid.

The tour, the first of what will be a series of such journeys over a period of weeks, will start on Sunday in Washington at the annual Rolling Thunder motorcycle rally and work its way north along the East Coast. She will visit other parts of the country later, stopping at symbolically important sites in the nationâ€™s history.

Palin advisers declined to provide additional details of the itinerary. They also would not engage questions about whether the tour is a precursor to a presidential campaign. Asked the purpose of the trip, Tim Crawford, the treasurer ofÂ Palinâ€™s PAC, said, â€œBecause she wants to see how this nation was built and get fired up about that.â€

In a statement on herÂ Web site, Palin said: â€œIâ€™ve said many times that America doesnâ€™t need a â€˜fundamental transformation,â€™ instead we need a restoration of all that is good and strong and free in America! So, together letâ€™s prepare ourselves for the days ahead by reminding ourselves who we are and what Americans stand for.â€

Up to now, most Republican strategists have assumed that Palin, the Republican vice presidential nominee in 2008, would not seek the presidency in 2012. Many still doubt she will. At a time when the GOP nomination battle has moved into a new phase, Palin has been mostly absent from the scene. She is also weaker politically than she was at the start of the year.

She hasÂ made no trips this year to Iowa, New Hampshire or South Carolina, the three most important early states on the nomination calendar. She also is not said to be reaching out to potential fundraisers or to grass-roots activists.

â€œIf [Palin] is doing any outreach at all, it would have to be totally under the radar and not with the traditional activist crowd,â€ said a top Iowa GOP strategist who spoke on the condition of anonymity to be candid.

Still, Palin remains the most notable Republican still on the sidelines and the announcement of her bus tour set off a predictable media frenzy that guarantees her significant coverage as the trip begins.

The announcement comes at a time of activity around Palin. There have been reports that she and her husband, Todd,may have purchased a $1.7 million house in Scottsdale, Ariz., which would be a more convenient location to base a national campaign than Alaska. Palin advisers declined to comment on the matter.