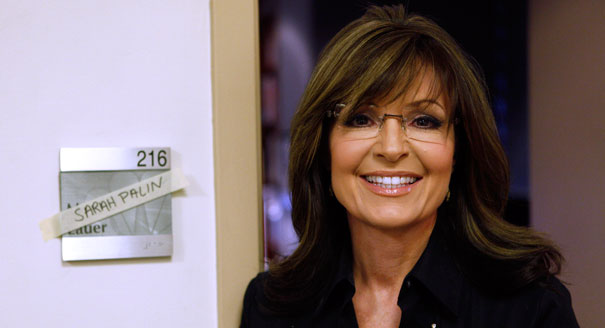 Riding a four-endorsement winning streak in Republican Senate primaries this year, the former Alaska governor swept into a blueberry patch outside Kansas City this weekend looking to apply her Midas touch to the latest fortunate recipient. This time itâ€™s Sarah Steelman, a former state treasurer running in a fractured Missouri Tuesday primary to decide who gets to take on vulnerable Democratic Sen. Claire McCaskill in November.

With Steelman, Palin is making perhaps her boldest bet yet. Steelman â€” who, like Palin, likes to hunt, staunchly opposes abortion rights and touts herself as a maverick â€” has been running third against businessman John Brunner, whoâ€™s poured millions of his personal fortune into the race, and six-term Rep. Todd Akin.

At least that was the case before Palinâ€™s arrival and the ensuing glut of media exposure for Steelman.

â€œThey fear her,â€ Palin told a few hundred people gathered at a sprawling farm a few miles from the Kansas border Friday night. â€œSheâ€™s the candidate in this race who scares them because she wonâ€™t go to Washington to just go along, to get along. You have that choice to choose, results over rhetoric. Convictions over consultants and Missouri over Washington.â€

A win would only enhance Palinâ€™s reputation as the most powerful down-ballot force in Republican politics.

â€œSheâ€™s a rock star right now in Republican Senate primaries. Sheâ€™s hit a pretty strong streak,â€ said Scott Bensing, a former executive director of the National Republican Senatorial Committee. â€œShe gives the impression that she has deeply held beliefs sheâ€™s willing to take on water for and doesnâ€™t really care what her critics think. She comes off resolute and principled.â€