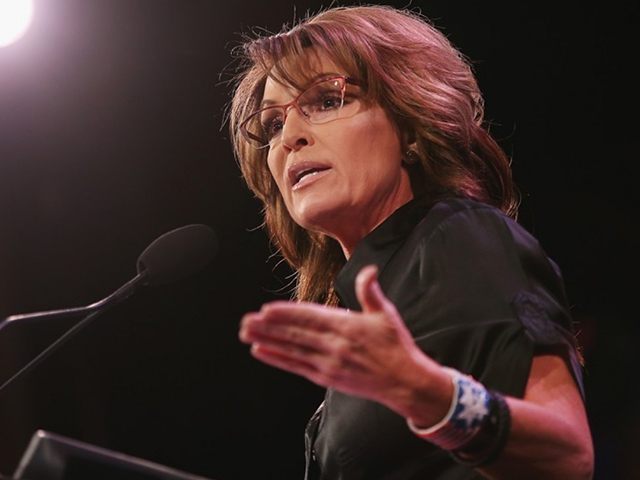 Former Alaska Governor Sarah Palin said a vote for Alabama grassroots Senate candidate Judge Roy Moore is a vote for the economic nationalist agenda that got President Donald Trump elected and not a vote against Trump himself.

Palin made her remarks at a raucous Thursday evening rally for Moore after Moore’s debate with D.C. establishment Senator Luther Strange.

“A vote for Judge Moore isn’t a vote against the president,” Palin said. “It’s a vote for the people’s agenda that elected the president.”

Moore is leading Strange in every poll leading up to Tuesday’s runoff election, and many Alabama voters have indicated that though they personally like and support Trump, they will be voting for Moore, who they believe will better support Trump’s agenda than Strange, who they think will be more loyal to the Republican establishment and Senate Majority Leader Mitch McConnell (R-KY).