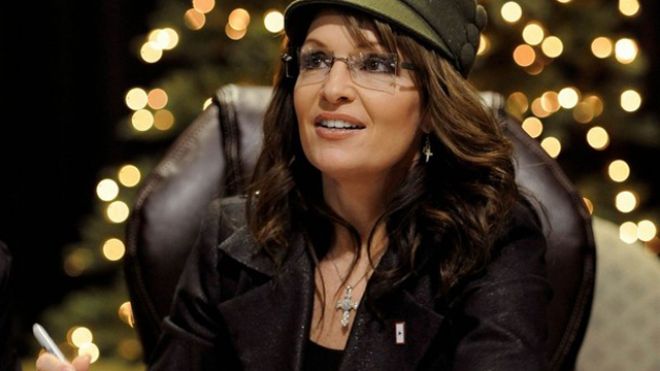 The Sportsman Channel said Monday it has hired Sarah Palin to be host of a weekly outdoors-oriented program that will celebrate the “red, wild and blue” lifestyle.

The program, “Amazing America,” will debut next April. The Sportsman Channel is in some 32 million homes, less than one-third of American households with television, with programming geared to people interested in hunting, fishing and shooting. Palin’s show will include a series of stories about personalities and activities in that vein.

“It’s very important to have somebody of her stature as a personality on Sportsman because it validates the whole category for everybody,” said Gavin Harvey, network CEO.

The Sportsman Channel has ordered 12 episodes of the series to start. It’s the first of a three-series deal between the network and the busy nonfiction production company Pilgrim Studios.

“The network showcases a lifestyle that I love and celebrate every day and it’s great to be a part of their team,” Palin said in a statement provided by the network.