Schools safer today than in 1990s, study on shootings says 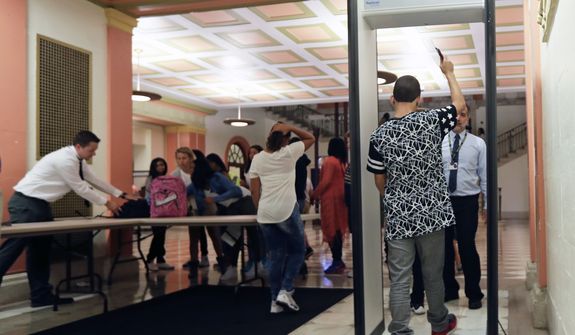 Despite the horror of the high school massacre in Florida, U.S. schools overall are safer today than they were in the early 1990s, and there is not an epidemic of such shootings, a new academic study is reporting.

Researchers at Northeastern University say mass school shootings are extremely rare, that shootings involving students have been declining since the 1990s, and four times as many children were killed in schools in the early 1990s than today.

“There is not an epidemic of school shootings,” said James Alan Fox, the Lipman Family Professor of Criminology, Law and Public Policy at Northeastern. He said more children die each year from pool drownings or bicycle accidents.

There are about 55 million school children in the U.S., the study said, and over the past 25 years, about 10 students on average per year were killed by gunfire at school.