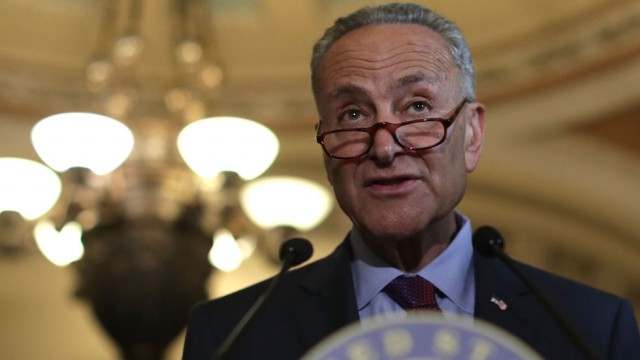 Sen. Chuck Schumer, D-N.Y., said Thursday that Judge Neil Gorsuch did little to win over Democrats and predicted that Republicans will not get the votes needed to avoid a filibuster

Schumer was among five senators to declare their opposition to Gorsuch Thursday, even before the Judiciary Committee hearing on the nomination had ended.

Schumer said he would lead a filibuster against Gorsuch, criticizing him as a judge who “almost instinctively favors the powerful over the weak.” Schumer said the 49-year-old Coloradan would not serve as a check on Trump or be a mainstream justice.

“There’s been an almost seismic shift in the caucus [against Gorsuch],” he told Politico. “He did not win anybody over with his testimony.”