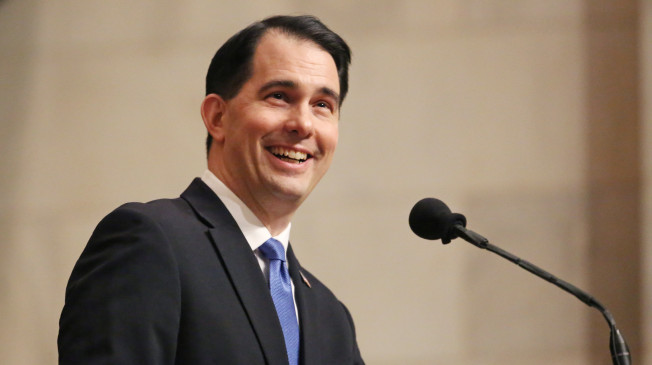 Wisconsin Gov. Scott Walker revealed Tuesday he will speak at the Republican National Convention later this month, offering public support to Donald Trump at a time the presumptive Republican nominee has struggled to attract nationally-known Republicans for the role.

Walker has been critical of Trump in the wake of his racially-tinged attacks on a federal judge overseeing a lawsuit against Trump University, and had at one point threatened to withhold his support from his party’s presumptive nominee. But on Tuesday, he said a vote against Trump would be a vote for presumptive Democratic nominee Hillary Clinton.

“I think there is a clear contrast,” Walker said. “For those who raise concerns like I just did about the judgment of Hillary Clinton in terms of not just those emails, but some of the other issues out there, really there’s only one alternative.”