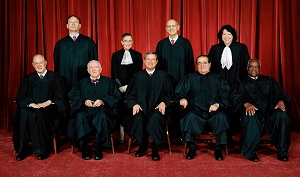 The Supreme Court today decided it will not hear a lawsuit challenging the death panels in ObamaCare that pro-life groups strongly opposed because they involve rationing health care and potentially denying lifesaving medical treatment — putting patients’ right to life at risk.

Previously, one of the leading national pro-life groups called for legislation to repeal the Independent Payment Advisory Board established by the controversial Obamacare legislation because of pro-life concerns about it.

“Repeal of the Independent Payment Advisory Board (IPAB) is critical to prevent the rationing of life-saving medical treatment,” said Burke Balch, J.D., director of National Right to Life’s Robert Powell Center for Medical Ethics. “The IPAB would recommend drastic limits for the Department of Health and Human Services to impose on what Americans are allowed to spend out of their own funds to save their own lives and the lives of their families.”