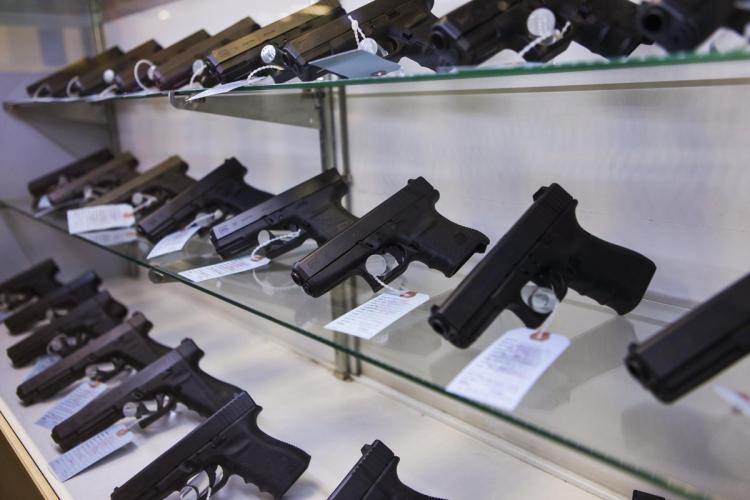 Second Amendment advocacy organizations applauded President Trump’s nomination of Judge Amy Coney Barret to the Supreme Court, saying the 48-year-old jurist will “respect the Bill of Rights — including the Second Amendment” and “gun owners will relish seeing” her on the court.

Second Amendment organizations see an opportunity for gun rights to expand following the confirmation of Barrett after experiencing several disappointing decisions related to their cause this term.

Last June, five of the 10 cases the court rejected asked if the Second Amendment allows the government to prohibit people from carrying a firearm outside their home, except for those with a “good cause” or “justifiable need.”

“The National Rifle Association (NRA) fully supports President Trump’s nomination of Amy Coney Barrett to the United States Supreme Court. The Senate should act swiftly to confirm her,” the NRA said in a statement.

“Judge Barrett’s record demonstrates a steadfast commitment to the fundamental rights enshrined in our Constitution. With this nomination, President Trump continues his record of nominating qualified, fair-minded federal judges who respect the Bill of Rights — including the Second Amendment — to our nation’s highest court.”

Gun Owners of America stated in a press release, “From a Second Amendment perspective, Judge Amy Coney Barrett appears to be a strong choice. She has indicated a willingness to examine and apply the Second Amendment as written, by looking at its text and using history as a guide, instead of engaging in the judge-empowering interest balancing that has run rampant in the lower courts.”

The Springfield, Virginia-based gun rights group added, “Gun owners will relish seeing a new addition to the Supreme Court who is ready to hold lower courts accountable for failing to uphold the Constitution and for refusing to follow the Heller and McDonald precedents.”

Gun control organizations, however, blasted Trump’s nomination to the high court, calling Barrett an “extremist” and claiming she will make people “less safe.”

“Make no mistake: Amy Coney Barrett is a gun rights extremist who has no place on the Supreme Court, and we unequivocally oppose her confirmation,” said John Feinblatt, president of Everytown for Gun Safety. “Senate Republicans’ hypocritical attempt to jam her through has everything to do with appeasing special interests like the gun lobby, and Everytown will work like never before to vote them out this November.”

Shannon Watts, founder of Moms Demand Action, said, “Amy Coney Barrett’s alarming interpretation of the Second Amendment would make her an ideal Supreme Court Justice for the NRA but a terrible one for the safety of the American people.”

Watts added, “Giving her a lifetime appointment on the Supreme Court will make us all less safe, and our grassroots army of nearly 6 million supporters is going to fight like hell to stop that from happening.”