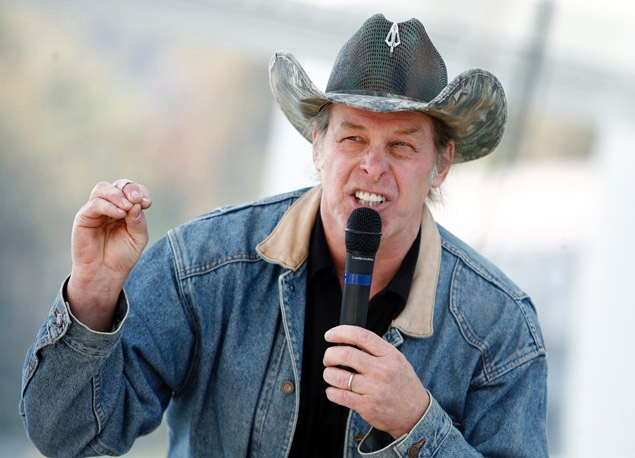 WASHINGTONÂ  — After meeting with rockerÂ Ted NugentÂ on Thursday, the Secret Service says its probe into what he had to say aboutÂ President Barack ObamaÂ is over.

Last weekend during a National Rifle Association meeting in St. Louis, Nugent rallied support for Republican presidential candidateÂ Mitt RomneyÂ and said of the Obama administration: “We need to ride into that battlefield and chop their heads off in November.” He also said he would be “dead or in jail by this time next year” if Obama is re-elected.

That drew the attention of the Secret Service. Nugent said he discussed the matter with two agents on Thursday while in Oklahoma.

“The issue has been resolved,” agency spokesmanÂ Brian LearyÂ said in a statement. “The Secret Service does not anticipate any further action.”

In a statement on his website, Nugent called it a “good, solid, professional meeting concluding that I have never made any threats of violence towards anyone.”

“The meeting could not have gone better,” he said. “I thanked them for their service, we shook hands and went about our business. Godbless the good federal agents wherever they may be.”

Nugent said he was just speaking figuratively when he made what some perceived to be threats against Obama and that he didn’t threaten anyone’s life or advocate violence.

“Metaphors needn’t be explained to educated people,” he said.