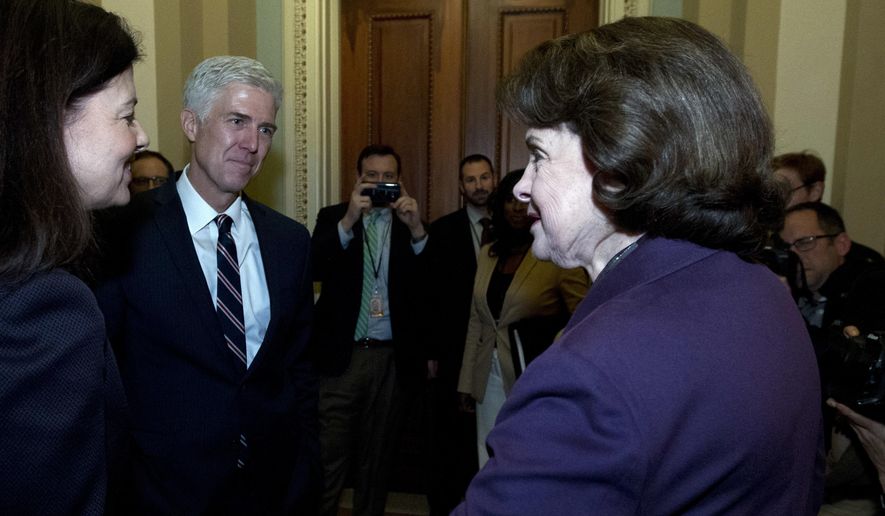 Judge Gorsuch was principal deputy associate attorney general from 2005 to 2006.

Mrs. Feinstein also asked Judge Gorsuch to list significant cases, policies and initiatives where he “assisted in the development and implementation.” And she sent a separate letter asking about his involvement with the Republican National Lawyers Association and the association’s Judicial Confirmation Task Force.