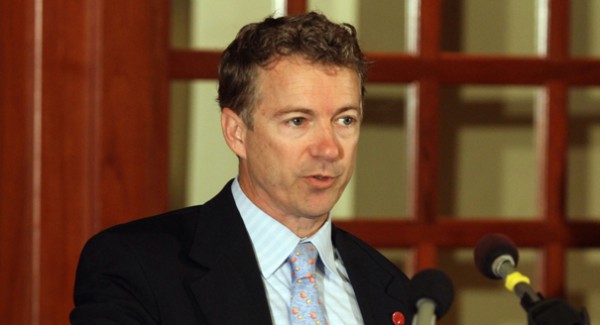 By Pete Kasperowicz – The Hill

Sen. Rand Paul (R-Ky.) on Tuesday introduced the Preserving Freedom from Unwarranted Surveillance Act, which would require the government to get a warrant before using aerial drones to surveil U.S. citizens.

More broadly, Paul’s bill is aimed at preventing “unwarranted governmental intrusion” through the use of drones, according to the lawmaker.

“Like other tools used to collect information in law enforcement, in order to use drones a warrant needs to be issued,” Paul said Tuesday. “Americans going about their everyday lives should not be treated like criminals or terrorists and have their rights infringed upon by military tactics.”

The bill, S. 3287, would require the government to obtain a warrant to use drones with the exception of patroling national borders, when drones are needed to prevent “imminent danger to life” or when there are risks of a terrorist attack.

The bill would also give Americans the ability to sue the government for violating the act. And, it would prohibit evidence collected with warrantless drone surveillance from being used as evidence in court.