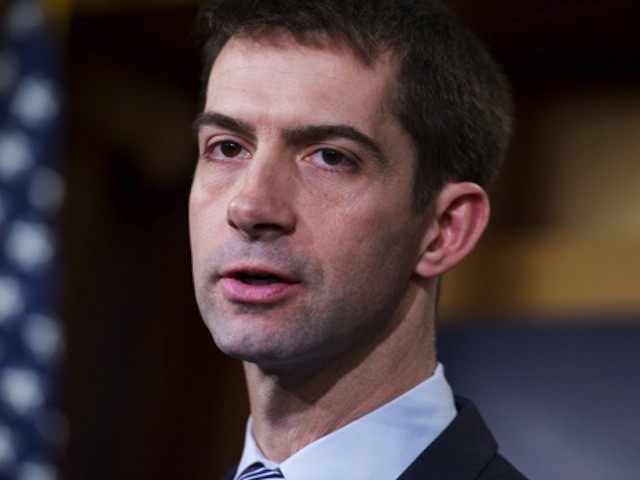 Sen. Tom Cotton (R-AR) called the $400 million airlifted to the Iranian regime in hard foreign currency in January “ransom to the ayatollahs.”

Details of the transaction were reported Tuesday evening by the Wall Street Journal:

Wooden pallets stacked with euros, Swiss francs and other currencies were flown into Iran on an unmarked cargo plane, according to these officials. The U.S. procured the money from the central banks of the Netherlands and Switzerland, they said.

The money represented the first installment of a $1.7 billion settlement the Obama administration reached with Iran to resolve a decades-old dispute over a failed arms deal signed just before the 1979 fall of Iran’s last monarch, Shah Mohammad Reza Pahlavi.

Cotton and other lawmakers, including Speaker of the House Paul Ryan, have long accused the administration of paying a “ransom” to the regime, contravening long-standing U.S. practice since the days of Thomas Jefferson and the Barbary Wars.