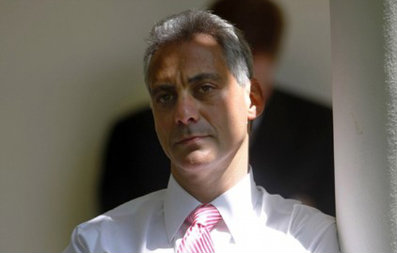 The White House official behind the controversial offer to Rep. Joe Sestak is no stranger to hard-nosed political horse trading.

White House Chief of Staff Rahm Emanuel, who enlisted the help of his former boss Bill Clinton to approach a congressman about sitting out a Senate primary race, has been involved in several political controversies during his 20-year-plus career in Washington. And the current controversy is only the latest for Emanuel in the past 16 months, since he joined the Obama administration.

In the first days of the Obama administration, Emanuel admitted to talking to then-Illinois Gov. Rod Blagojevich about the type of person who should replace the president in the Senate. Blagojevich later was ousted amid a federal corruption investigation that included an accusation that he schemed to benefit by selling Obama’s Senate seat to the highest bidder, though no one in the Obama administration was implicated.

Emanuel said he never got the impression that Blagojevich wanted anything improper in return for naming a replacement.

Earlier this year, Emanuel was called the “son of the devil’s spawn,” by former Rep. Eric Massa, who resigned this year amid an ethics investigation into accusations that he sexually harassed his male aides.

“He is an individual who would sell his mother to get a vote,” Massa said on a radio show. “He would strap his children to a front end of steam locomotive.”

Illustrating his point, he told the story of how he wound up in an argument with the chief of staff while they were both naked in the congressional gym showers.

Emanuel’s combative style as political director in the early days of the Clinton administration earned him the nickname “Rahmbo,” after the movie action hero Rambo.

He was elected to Congress in 2002 and quickly became a major power. He wound up overseeing the party’s House election efforts in 2006 and helped win a majority for Democrats through tireless fundraising and candidate recruitment.

Now Emanuel’s brand of bare-knuckled politics is back in the spotlight following Friday’s release of a White House explanation on Rep. Joe Sestak’s allegation of a job offer last summer.

At the behest of Emanuel, Clinton dangled an offer of an unpaid presidential advisory role to Sestak to help clear the field for the White House-backed Sen. Arlen Specter in the Pennsylvania Democratic Senate primary. Sestak turned down the offer and went on to defeat Specter in the primary last week.

Ben Stein, a top adviser in the Nixon administration, told Fox News the Sestak controversy has a “shoot from the hip, Rahm Emanuel look to it.”