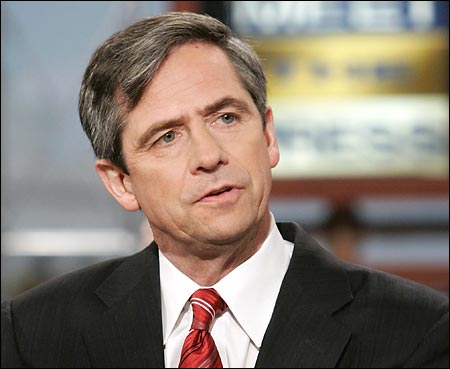 If a Democratic member ofÂ CongressÂ is to be believed, there’s someone in the ObamaÂ administrationÂ who has committed a crime â€“ and if the president knew about it, analysts say it could be grounds for impeachment.

“This scandal could be enormous,” said Dick Morris, a former White house adviser to President Bill Clinton, on the Fox News Sean Hannity show last night. “It’s Valerie Plame only 10 times bigger, because it’s illegal and Joe Sestak is either lying or the White House committed a crime.

“Obviously, the offer of a significant job in the White House could not be made unless it was by Rahm Emanuel or cleared with Rahm Emanuel,” he said. If the job offer was high enough that it also had Obama’s apppoval, “that is a high crime and misdemeanor.”

“In other words, an impeachable offense?” Hannity asked.

The situation revolves around an oft-repeated statement byÂ Rep. Sestak, D-Pa., that he had been offered a job by the ObamaÂ administrationÂ in exchange for a decision to drop out of a senatorial primary against longtime Obama supporter Sen. Arlen Specter.

Sestak said he refused the offer, continued in the primary, and defeated Specter for the Democratic nomination for the Senate seat.