SHERIFF JOE: ‘They will still be arrested’… 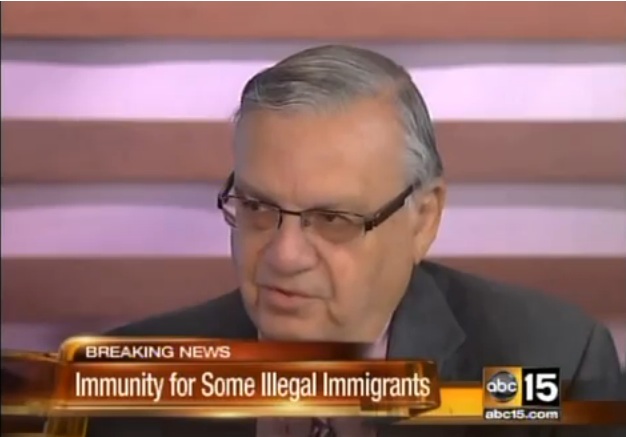 PHOENIX – Maricopa County Sheriff Joe Arpaio sat down at ABC15 to talk about the new changes by the Obama administration to stop deporting younger illegal immigrants.

The announcement came in around 6:30 a.m. Friday that some illegal immigrants will be granted work permits if they meet certain requirements.

“I think people from Mexico are now going to feel, ‘Hey come on in and we’ll get by with it.’ But it won’t happen in this county. They will still be arrested,” Arpaio said.

According to The Associated Press, this change will affect as many as 800,000 immigrants who have lived in fear of deportation.

“This seems to be politically motivated,” Arpaio said. “I would rather see the president let Congress decide what to do on this issue and other illegal immigration problems.”