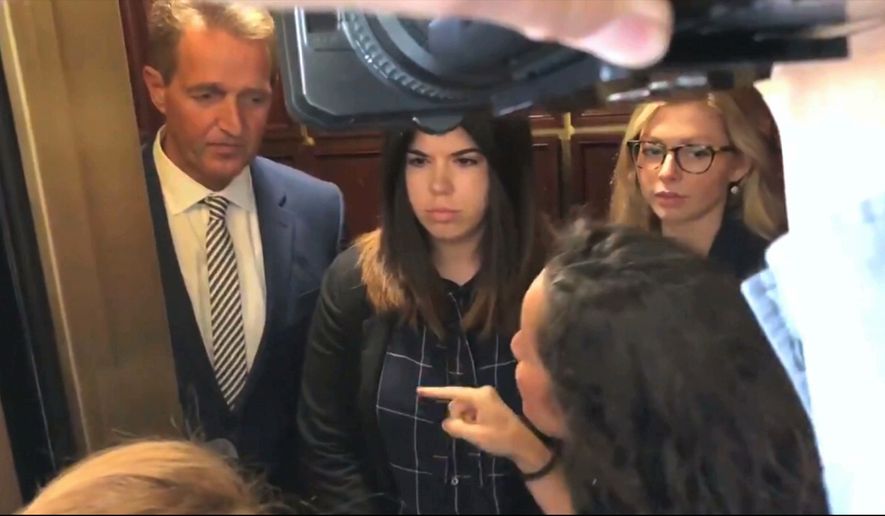 A journalist embedded with anti-Kavanaugh protesters says that some protesters were in fact paid, as President Trump has alleged.

She pointed to activists who confronted Sen. Jeff Flake, Arizona Republican, in an elevator late last month before the Senate Judiciary Committee voted on the Supreme Court nomination of Judge Brett M. Kavanaugh, who has since been confirmed.

“That moment with Jeff Flake on the Hill,” Ms. Thomas said. “We talked to one woman who works for UltraViolet who was paid — she helped steer people in the right ways to be able to confront senators.”