Some Republicans urge Christie to run for president 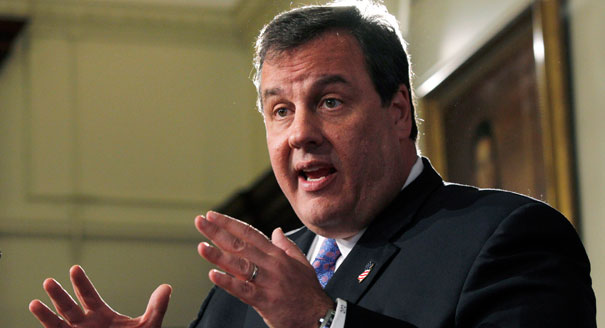 NEW YORK (Reuters) â€“ As Republicans seek the best candidate to challenge President Barack Obama in 2012, some Iowa Republican donors are wooing a reluctant Chris Christie, saying the New Jersey governor’s blunt style makes him the man for the job.

Next Tuesday, about half a dozen businessmen from Iowa — which holds the first nominating contest in the presidential race — will make the case to Christie over dinner at the governor’s mansion for his entering the contest.

“Christie appeals to a broad section of America who are really tired of elected officials not telling them the truth, not telling them in a blunt and direct way what’s going on,” said Iowa entrepreneur Bruce Rastetter, who will take part in the dinner.

Rastetter said he likes Christie’s “blunt, direct, no-nonsense approach” and said he will urge the governor to “come to Iowa, spend some time, and see if Iowans don’t embrace his style of leadership like we believe they would.”

Rastetter and the others taking part in the dinner are important financial backers of Republican candidates in Iowa.

Christie has been a rising star in the Republican Party since taking office last year with a low-tax, lean-government agenda, and erasing a record $11 billion budget deficit while limiting annual increases in the state’s high property taxes.

YouTube videos of his blunt, folksy, straight-talking interactions with voters in which he is often self-deprecating have helped spread his appeal beyond his own state.

But Christie has said repeatedly that he is not running.

“I’m not ready to be president,” Christie said last week.

“He’s a Republican rock star around the nation because he is articulate, tough on unions and talks about issues most Republicans agree on,” Ben Dworkin, director of Rider University’s Rebovich Institute for New Jersey Politics, said of Christie.

“The blustering that comes across really well in the national media … isn’t playing as well here anymore,” said David Redlawsk, director of the Rutgers-Eagleton Poll at Rutgers University in New Jersey.