Spicer: Media Freaked Out By Trump Using Twitter to Have a Direct Conversation With Americans 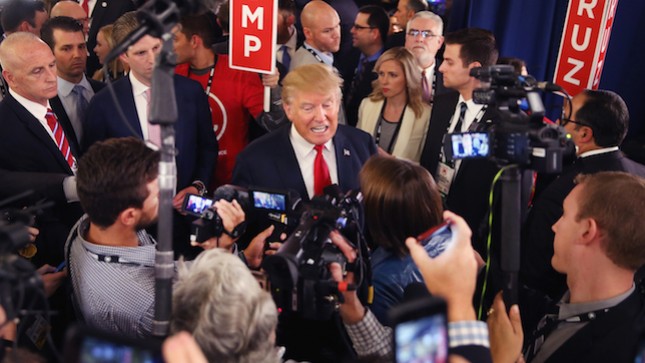 Sunday on ABC’s “This Week,” while defending President-elect Donald Trump’s use of Twitter, the incoming White House press secretary Sean Spicer said,”I think it freaks the mainstream media out that he has this following of over 45-plus million people that follow him on social media, that he can have a direct conversation. He doesn’t have to have it funneled through the media.”

KARL: So you’re the incoming press secretary and communications director. I’ve got to ask you about what we saw in “The New York Times” last week, a headline about Trump talking about expanding U.S. nuclear ability. But what struck me was the subhead, “Statement on Twitter.” In the beginning of the second paragraph, “Mr. Trump’s statement in a midafternoon Twitter post.” Here, big front-page headlines, generated by a midafternoon Twitter post. Is that what we’re going to see? I mean you’re the press secretary —