Spike In Immigrants Illegally Crossing Into US Ahead Of Election 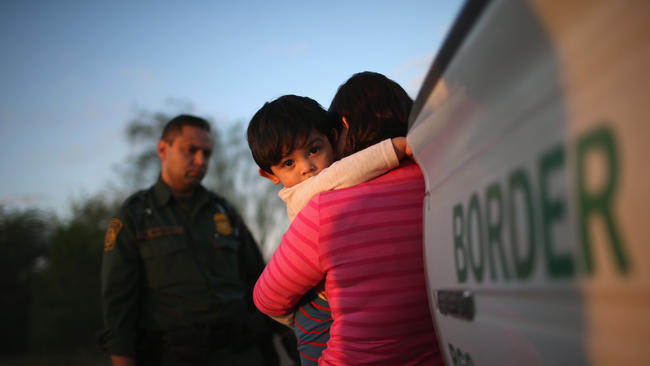 MCALLEN, Texas (CBSNewYork/AP) — There has been a surge of immigrants illegally crossing into the United States leading up to next month’s presidential election.

CBS News reports dozens of immigrants have been streaming through the streets of McAllen, Texas, on a daily basis. They have been taken to a migrant center at Sacred Heart Catholic Church where they were released by Border Patrol, with ankle monitors, while they file for asylum.

Agent Chris Cabrera told CBS News that they’ve been seeing a spike in immigrants crossing the U.S.-Mexico border illegally, thanks in part to the election.

“The smugglers are telling them if Hillary [Clinton] gets elected, that there’ll be some sort of amnesty, that they need to get here by a certain date,” Cabrera said. “They’re also being told that if [Donald] Trump gets elected, there’s going to be some magical wall that pops up overnight and once that wall gets up, nobody will ever get in again.”

Cabrera added that they’ve encountered up to 1,000 immigrants along McAllen’s stretch of the border some days.

“We’re getting mass spikes of people crossing and turning themselves in,” he said.

Republican presidential nominee Donald Trump has repeatedly said as president the U.S. will build a wall along the Mexico border to keep out immigrants trying to enter the country illegally.