State Imposes Draconian Water Restrictions On It’s Own People. Are You Next? 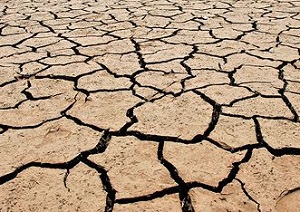 [Gov. Jerry] Brown ordered the California Water Resources Control Board to implement mandatory restrictions to reduce water usage by 25%. The water savings are expected to amount to 1.5 million acre-feet of water over the next nine months.

Gov. Jerry Brown, standing on a patch of brown grass in the Sierra Nevada that is usually covered with several feet of snow at this time of year, on Wednesday announced the first mandatory water restrictions in California history.

“It’s a different world,” he said. “We have to act differently.”

Brown was on hand Wednesday as state officials took stock of historically abysmal levels of snowpack in the Sierra Nevada amid the state’s grinding drought. It was the first time that a governor attended the measuring event, which has taken place at Lake Tahoe since 1942.