Steele fires back at Democrats’ sniping 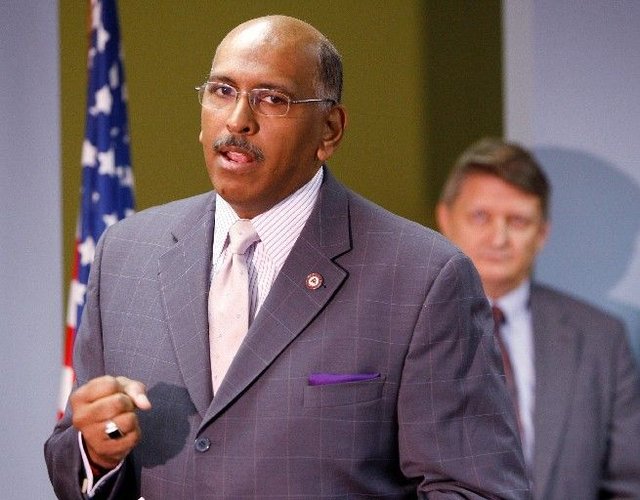 Republican National Committee Chairman Michael S. Steele rebuked top Democratic spokesmen Thursday for personal attacks that go beyond the pale, including suggestions that Senate candidate Sharron Angle wants her political opponents to die and that he is rooting for U.S. defeat in Afghanistan.

He also is getting unexpected help on the latter count from commentators normally aligned with the liberal wing of the Democratic Party.

During the fight over the health care bill, Mrs. Palin and some other Republicans predicted that the bill would result in “death panels” that would ration resources and decide which ill patients would or would not get expensive lifesaving treatments. Democrats denounced the claims.

“While ‘death panels’ were nowhere to be found in his health insurance reform bill, it looks like Sarah Palin can find a one-woman version of one in Nevada where Sharron Angle thinks people who criticize her political positions should die,” Mr. Sevugan said. “Her sentiments are sick, but that fact that Republicans endorse, as their standard-bearer in Nevada, someone who wishes death upon her critics and calls for ‘Second Amendment remedies’ to deal with her political opposition is just as disturbing.”

In an e-mail to The Washington Times on Thursday, Mr. Steele denounced the attack.

“In politics, tough talk comes with the territory. But there is a line that should not be crossed. Making personal attacks – and claiming any candidate wants their opponents to die – is not just over the line, it denies basic human dignity,” Mr. Steele said.

The jagged-edged comments began last week when Democratic National Committee spokesman Brad Woodhouse accused Mr. Steele of acts verging on treason – and supposedly “betting against our troops and rooting for failure in Afghanistan.”