Stephanopoulos Recuses Himself From GOP Debate 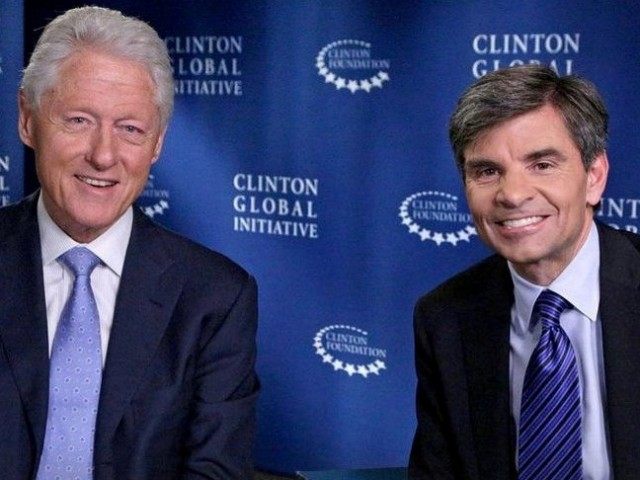 In frantic damage control mode, ABC’s George Stephanopoulos ran to the safe zone of the left-wing Politico to announce the he will recuse himself from ABC’s February GOP debate in New Hampshire. He also admitted that the total amount he contributed to the Clinton Foundation was a whopping $75,000, not the $50,000, as originally reported.

The chief anchor and political correspondent at ABC News now admits he should never have donated money to the Clinton Foundation, and that he should have disclosed his donations to ABC News viewers.

As of now, probably as they gauge the fallout, ABC News stands by Stephanopoulos. He told Politico he intends to go back to business as usual, co-anchoring “Good Morning America” and hosting the Sunday news show ‘This Week.”

Stephanopoulos also said he would continue to cover the 2016 presidential election.

The seediness of everyone’s behavior in this matter — Stephanopoulos and ABC News — goes way beyond what unraveled the career of NBC News anchor Brian Williams.